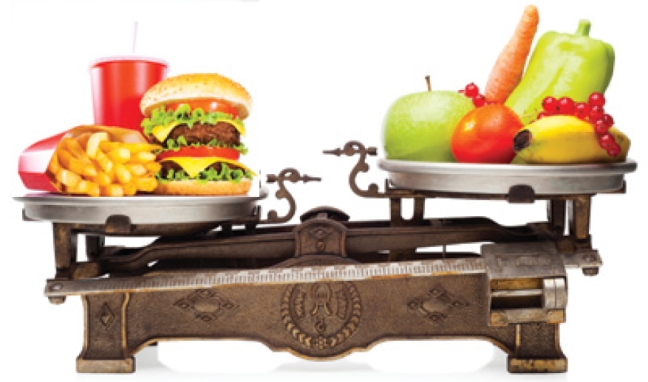 Occasionally, we will bring in a guest author to offer another perspective on important topics like stretching your budget, food security, issues of poverty, recipes, and more. Today, Rina shares her thoughts on food security and the realities of perceived choice in procuring and preparing healthy food.

Food security, according to the WHO, is three-pronged:

Please share your thoughts with her in the comments below!

Clearly many of the food choices available in supermarkets and places to eat out are priced beyond the reach of low-income people. The question is whether the remaining,affordable foods include too few healthy choices and lots of undesirable ones, so that for the cash-strapped, an unwholesome diet is almost unavoidable.

It seems to me two apparently contradictory opinions are widespread on this question.

According to one opinion, the answer is yes: food choices for those with low incomes are narrow and not optimally healthy.

On this view, the farm and food industries are structured in such a way that most quality products are bound to be high-priced. Foods priced within the reach of low-income shoppers consist too rarely of fresh fruit and vegetables and too often of those over-processed items containing few nutrients and unhealthily high quantities of fat, sugar, and salt. Nutrients are lost as freshness is eliminated through processing and mass production; the resulting products contain high amounts of fat, sugar, and salt because those ingredients are cheap for manufacturers to use and they disguise a lack of freshness and create flavour in tempting ways. 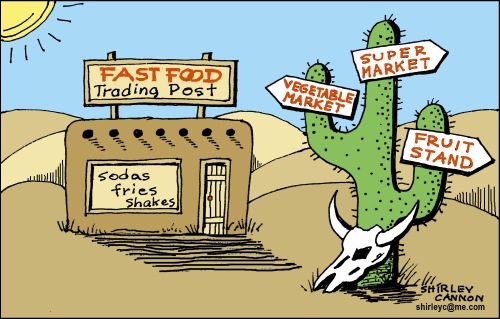 I think it’s safe to say that many food activists would affirm this analysis while wishing to change the state of affairs. Food production, many would argue, should be managed so that no shoppers should have to sacrifice quality; the stakes, in terms of health, are too high.

But according to another view, the answer is no: it’s not inevitable for those with a low income to eat in unhealthy ways.

We often hear that, whatever your background or finances, you can be educated to know how to shop for cheap, nutritious, and varied food choices as well as how to combine them at home to produce appetizing meals. Community kitchens are set up to help the heads of low-income families acquire just such shopping and food-preparation skills.

How can both opinions be valid? If there are few affordable, nutritious choices, how can we say people can be taught to maintain a wholesome diet on a low income? As I’ve reflected on this, I’ve concluded the two views don’t precisely contradict each other; they can both be defended. It’s just that the second view places an unfair burden on low-income consumers.

My own experience as one who shops for, and prepares, food on a limited income is that the choices I was taught to prefer for wholesomeness do tend to be time- and cost-intensive; and seductive, unhealthy choices tend to be cheaper. Better options are not wholly unavailable; it’s just that there are obstacles to accessing them.

As trained by my upbringing at home, by my schooling, and through public-health initiatives promoting Canada’s Food Guide, I food-shop with the assumptions that a wholesome diet includes a wide variety of nutrient-rich fresh fruit and vegetables; a good proportion of cholesterol-busting, nutritious whole grains; dairy products such as cheese and yoghurt for their calcium content; for protein not just red meat but also fish, which tends to contain more desirable kinds of fat than red meat; and low quantities of  sugary and high-fat snacks.

But fresh produce takes a very big bite out of the food budget – much more than canned; whole-grain bread costs more than white; cheese is so expensive it often feels like a luxury; fish tends to cost more than red meat (and of course fatty meat costs less than lean); and a doughnut is cheaper than a fruit-leather snack bar.

There are strategies that help; and that’s where opinion number two comes in.

First, it’s possible to plan how and where you shop.

In the city I live in, it’s possible to get around some of the cost obstacle to a healthy diet by seeking out certain supermarkets that serve immigrant communities and that aren’t a part of big chains. I’m always deeply impressed by the way the people who operate these businesses manage to run them efficiently and cheerfully and provide low-priced, varied produce, reasonably priced cheeses, and so on. I don’t quite know how they do it. But they do, and that makes them a possible choice.

On the other hand, it’s wearing to have to lay down plans for the shopping trips to these businesses, while the less affordable large-chain supermarkets are easy one-stop shopping.

We’re also told a shopper can check for the best specials of the week on things like produce, and thus, with care, build a given week’s shopping basket of appetizing fresh fruit and vegetables from different supermarkets.

And how tiring is that?

A second strategy is to buy very cheap foods such as legumes (lentils, navy beans) and grains (rice, cracked wheat) and use them to cook wholesome and inexpensive meat-substitutes from scratch. A legume combined with a grain at the same meal gives you a good source of protein. Well, I do that. I like to do that. Cooking makes me happy and I don’t mind soaking navy beans overnight; and I happen to love lentil soup and navy-bean salad. But I know that back when I juggled work with a family life (my daughter’s grown up now), there were times when it was difficult and draining to plan for all that. (I had a bigger budget then, so I often opted for easier choices.)

As well, legumes are not everybody’s preferred foods, based on people’s cultures and upbringing. Not to mention that overnight soaking and long simmering and draining and rinsing aren’t everyone’s preferred cooking methods.

Is it fair or realistic to expect low-income earners to adjust their food habits and preferences so that their diet becomes low-cost and nutritious? If all the people in a community are exposed to, and educated about, ever-increasing food choices over time, that’s a good thing all round. What seems less acceptable is to impose an obligation to become that resourceful, organized, and recipe-diverse on only one group of people – the poor.

Rina Kampeas is an independent French-to-English translator. She has contributed as a volunteer to organizations working in the areas of women’s issues and migrant and refugee concerns. Rina lives, works, and cooks in Montreal.

7 thoughts on “The Privilege of Choice: Are Healthy Meals Accessible to Low-Income Earners?” 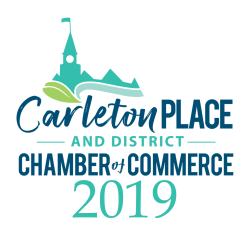